Scroll or swipe up/down to "walk through" the exhibition.

Click on any piece to enlarge it and get information. 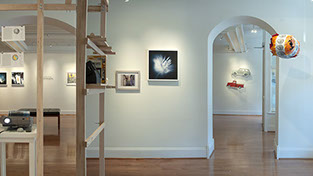 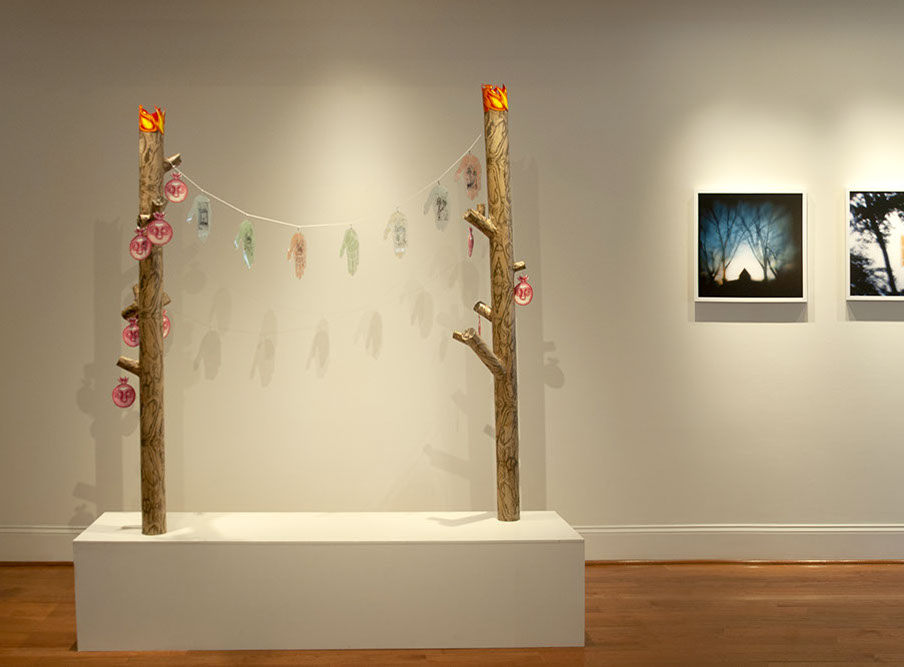 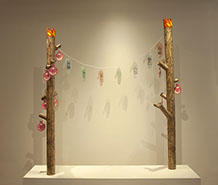 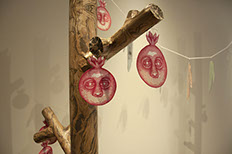 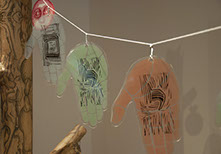 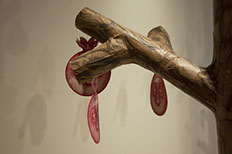 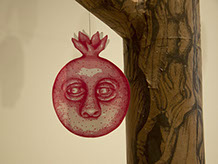 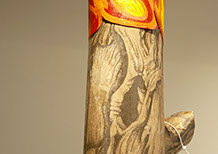 "An Island of the Blest"
by Lya Finston

"The Moonrise Initiative is an ongoing exploration of intuitive world building. When we were children there was a certain ease and effortlessness to imaginative play, we were able to make truly intuitive choices. Moonrise attempts to harness that creative energy, and ask what you will imagine if you only follow these instincts."

Evan Bobrow is a Rochester artist whose practice blends technical drawing, book arts, video, and installation work. Currently they are focusing on mapping both real and imagined landscapes. They received a B.Des in Architecture from Washington University in St. Louis in 2018, with minors in Design and Computer Science.

"I’m fascinated by the factualizing quality the printed image has obtained due to its history as a primary disseminator of pre-digital information. Through printmaking and animation, I attempt to harness this quality as a means of breathing reality into supernatural phenomena. My recent work is largely inspired by Jewish ceremonial and folk art."

Lya Finston is an artist and printmaker currently based in central Pennsylvania, where she works as Bucknell University's Art Assistant in Printmaking. She was originally born in Brooklyn, NY and raised in Cranford, NJ. Lya holds a BA in Studio Art and German Language from Oberlin College. 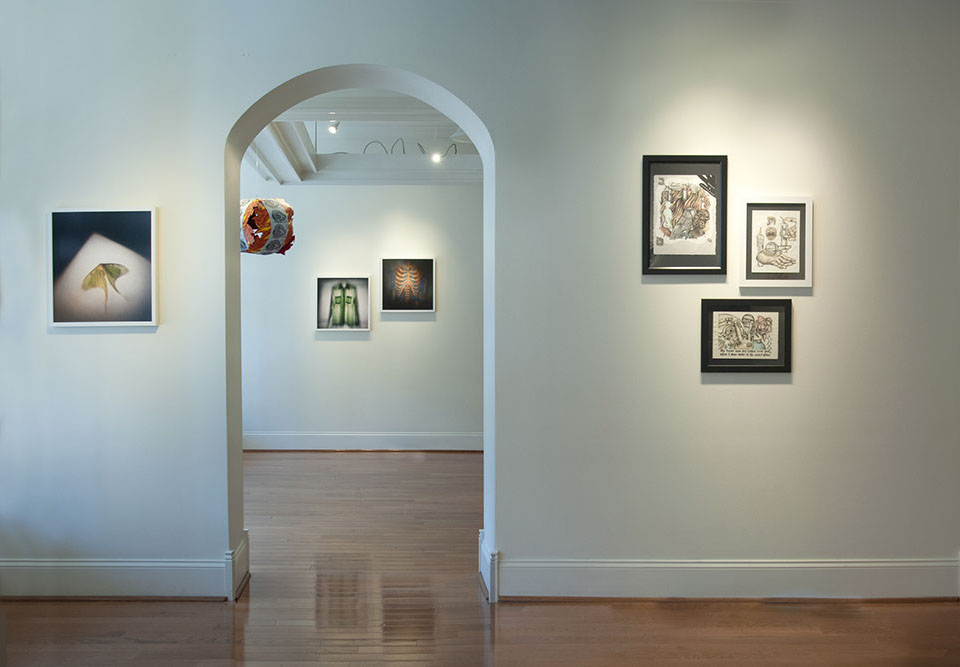 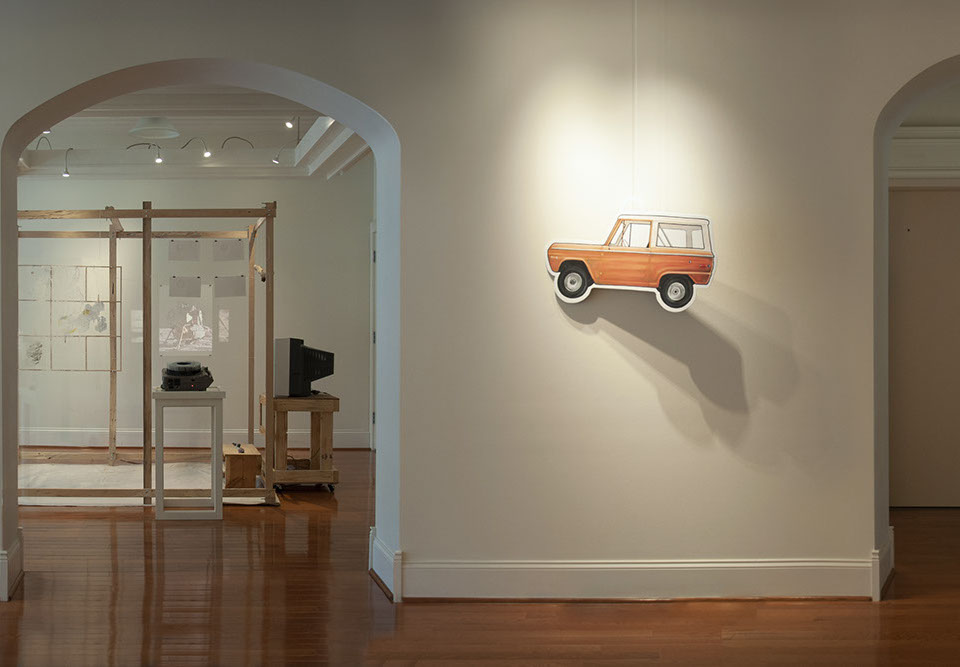 "Observing veiled and cloudy projections through a portable camera obscura, I started this series as daily visual exercises. I found a connection to these otherwise disparate subjects through their quiet and ephemeral qualities; they appeared to be concurrently absent and present and yearning to tell some kind of story. As I began photographing the projections I gained interest in the photograph’s ability to distill many images within a single frame, long exposures, movement, and subtle traces of objects passing before the camera or interrupting the projection. Certain details and elements may point to the periphery for the viewer to pause and connect with a potential narrative, while various shapes, forms and shifts in perspective provide a level of ambiguity. I see these fleeting forms as one might see the last dissipating image received on the retina, an image that cannot be retrieved, but only partially reconstructed by memory. "

Scott McMahon grew up in Connecticut and now resides in Columbia Missouri where he is an Associate Professor of Art at Columbia College. He received his MFA from Massachusetts College of Art & Design in Boston, MA and his BFA from The University of the Arts in Philadelphia, PA and has shown his work both nationally and internationally. McMahon’s work has been published in journals, magazines, and books. He was a resident artist at Haystack Mountain School of Crafts in Deer Isle, Maine; iPark Artists’ Enclave in East Haddam, CT; Border Art Residency in La Union, New Mexico and Main Street Arts in Clifton Springs, NY.

"Like the classic pine air-freshener that hangs off of a rear-view mirror, these large plywood decals are a nod to some timeless additions to the world of automobiles. They are named after my fantasy crew of lady roadies."

Rowan Walton is a multidisciplinary artist currently based in Berkeley, CA. Her proclivity for playfulness is often blended with emphatic representations of the human form and various social mores, offering an alternative approach to an idea or perspective. Regardless of media, Rowan’s work is marked by strong lines and thoughtful detail. 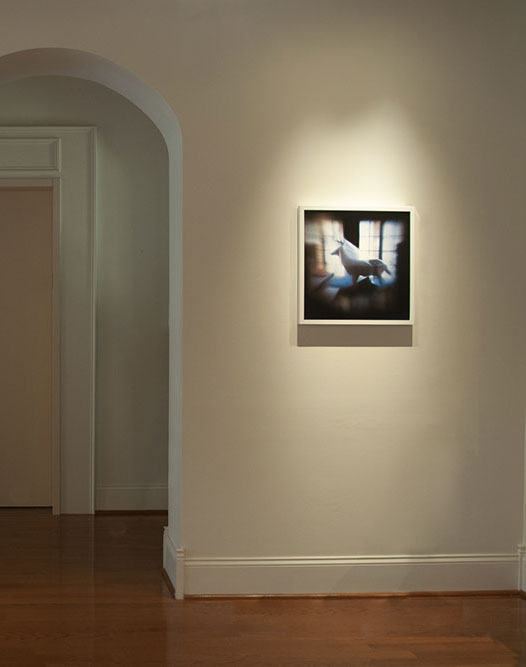 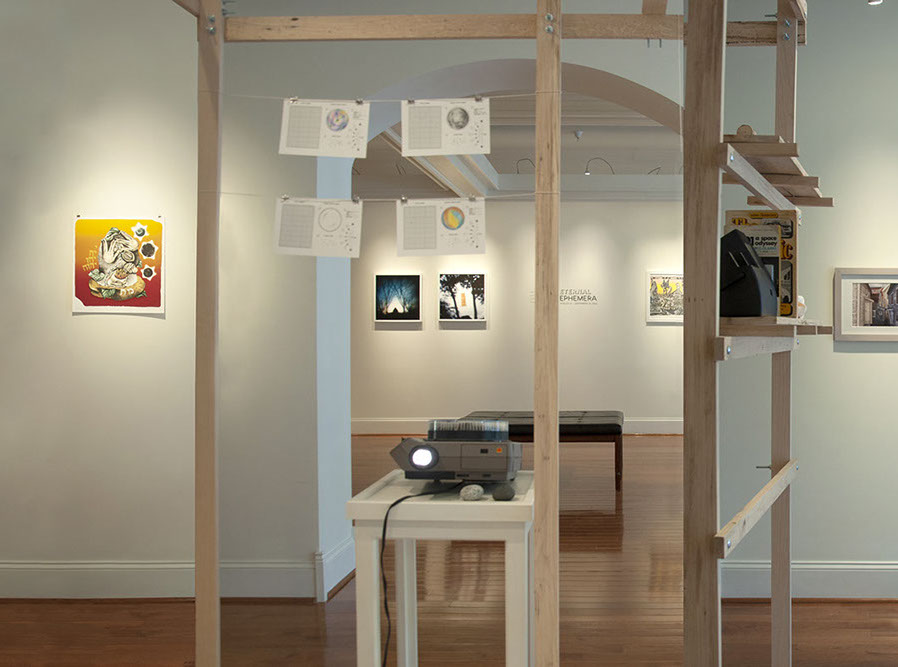 "Golem I" by Lya Finston 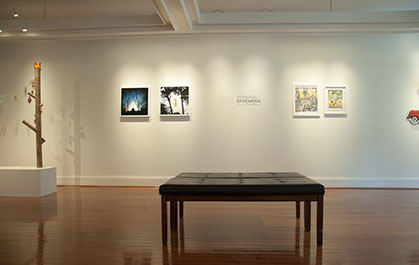 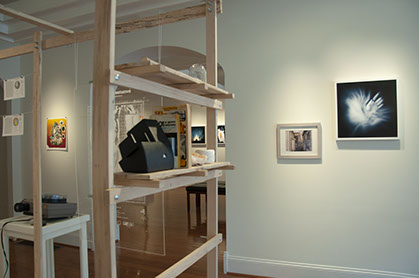 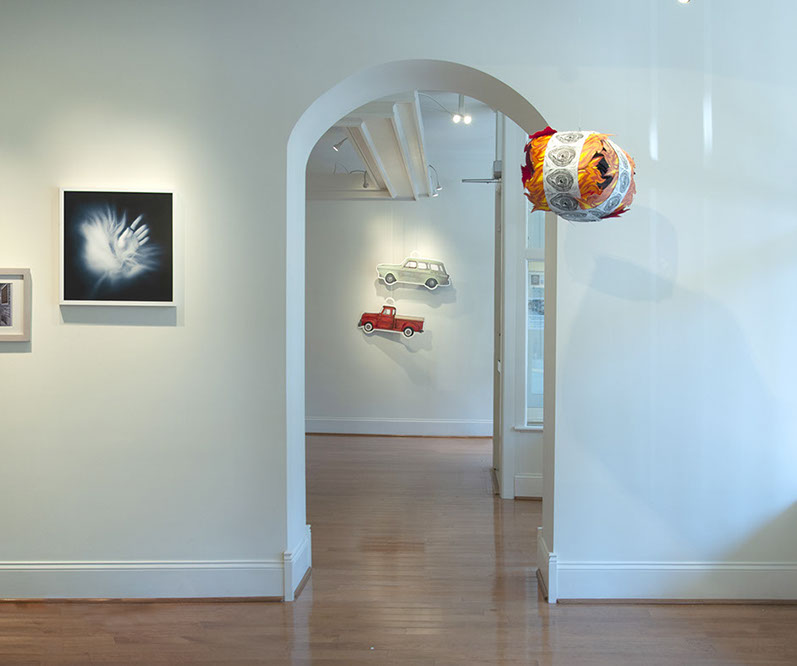 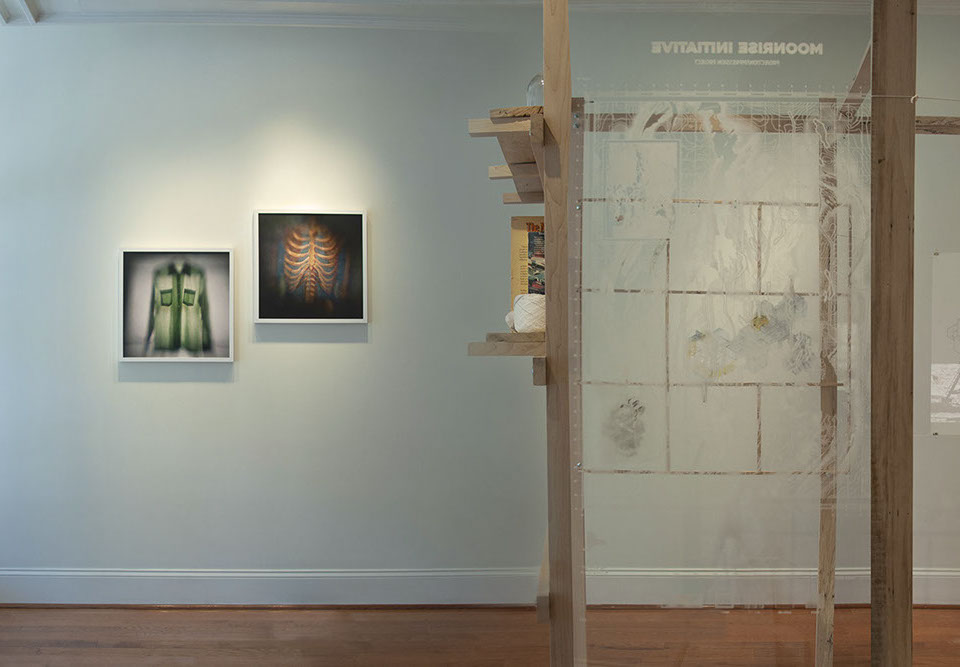 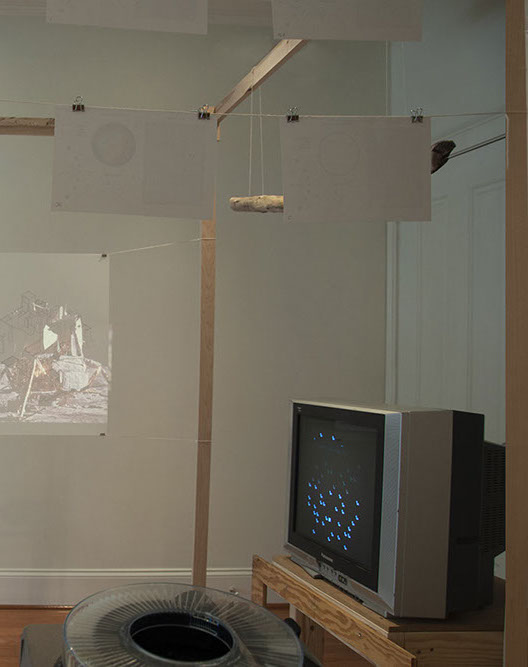 Want to see it again?

Scroll up to go back through the exhibition.

Or go back to the beginning here.

GO BACK TO ALL INTERACTIVE EXHIBITIONS >

"Sodom & Gomorrah/I Should've Been Made of Salt" by Lya Finston

"The Seventh Double"
by Lya Finston

"An Island of the Blest"
by Lya Finston